The last two weekends we’ve had awesome vegan activist friends visiting us from out of town. One of my friends, Victor Sjodin, who works for Vegan Outreach, just got his website up where you can purchase UnFuck the World: Go Vegan t-shirts! Check it out.

To fill their bellies and satisfy their palates, I wanted to give them savory and sweet dishes from one of my favorite cookbooks: Vegan Brunch by Isa Chandra Moskowitz.

I made the Perfect Pancakes which are fabulous with a cinnamon twist! To make them a tad healthier, I used half all purpose flour and half whole wheat pastry flour as the base.

A wonderful complement to the sweetness of the pancakes with maple syrup is the Swiss Chard Frittata. The recipe can be found here on The Post Punk Kitchen.

Both of these dishes have become a quick favorite of mine. Separately and together, these dishes are a perfect 5 out of 5 carrots on my veganlicious scale!

I recently made these yummy waffles to test out a new recipe in an upcoming cookbook by Kelly Peloza. The directions were easy to follow and if you are a fan of fruity waffles, this one is for you! The only downside was the waffles were a bit heavy (esp. for a summer breakfast), but could probably be lightened up a bit if some of the denser ingredients were reduced. Looking forward to more breakfast recipes from Kelly! 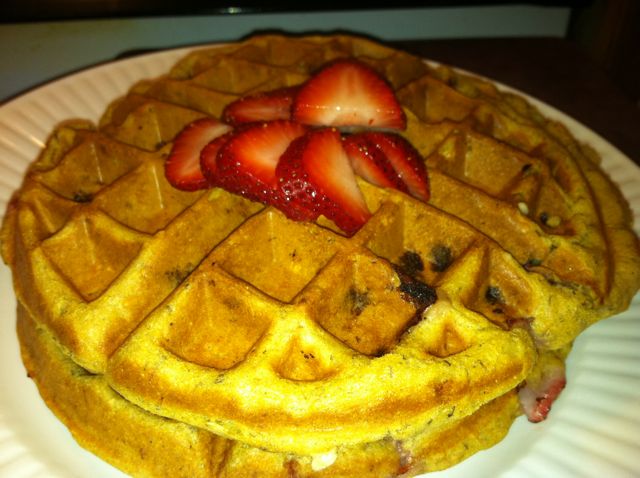 I rate these waffles 3 out of 5 carrots on my veganlicious scale! 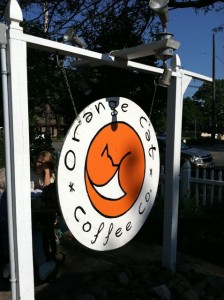 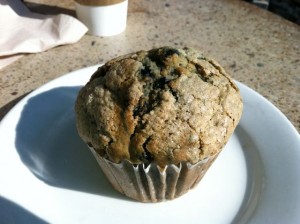