September 14, 2014: We’re walking around Fall Creek enjoying PorchFest, eventually stopping to watch and listen to popular local group The Gunpoets along with what seems like most of the PorchFest attendees. At their performance we run into Dr. Rassnick, the Colonial Veterinary Hospital oncologist that took care of Pilgrim when he was dealing with lymphoma. We make some small talk and as we leave each other, Dr. Rassnick gives us a standard friendly farewell: “Hope to see you soon!” We can’t help but let him know that we can’t exactly share the sentiment.

I should’ve written this a while ago, but it’s enough work just dealing with the situation.

On Sunday November 9, 2014 we noticed Takei was having difficulty breathing. We had been through something similar with Pilgrim when his shallow breathing was symptomatic of a mass in his chest. It was unfortunately not a surprise then, when the doctor informed us Takei had a mass in his chest. Like Pilgrim, fluid build-up from the tumor was making it difficult for him to breathe. Also like Pilgrim, the immediate course of action was to drain as much fluid as they could, keep him in an oxygen tank overnight for observation, and make plans to see Dr. Rassnick. 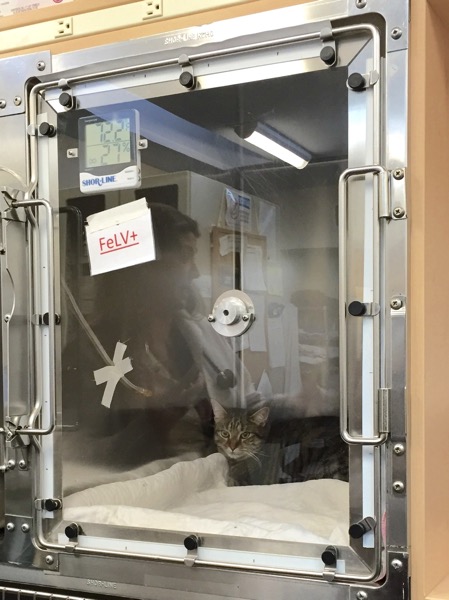 For a couple months the prognosis was as positive as Pilgrim’s: the mass was shrinking, Takei was moderately active and playful, and his appetite was fairly strong. The worst part of the treatment, I frequently joked, was the damage being done to our bank accounts. 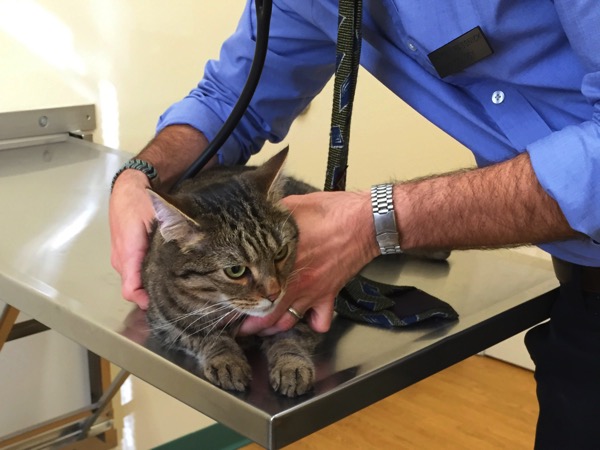 Unfortunately the good news ended when Amber took Takei for his regular treatment this week. Takei’s tumor has gotten larger, which basically means the chemo is no longer effective. He’s down to a 1 in 10 chance of survival.

For now we’re continuing his long-shot treatment, but we are of course realistic and pragmatic. He isn’t likely to be with us much longer, so we’re taking every opportunity we have to spend time with him and make sure he’s comfortable. And while right now he’s weak and lethargic, every time I look at him I still remember the energetic, fetch-playing, perpetually baby-faced cat we’ve been lucky to have with us for over 3 years. 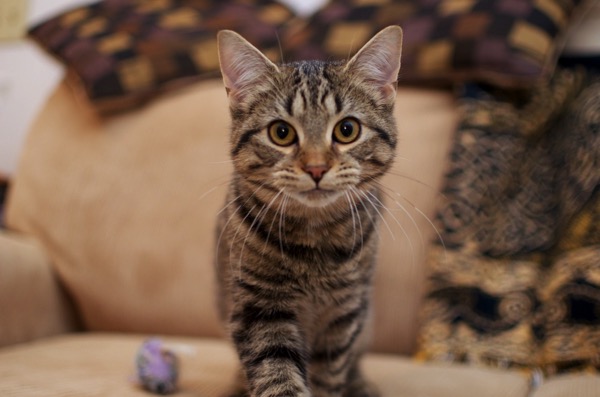 2 responses to “Takei Has Cancer”