So, we weren’t actually in an Italian restaurant, but in our home, making one of my favorite meals when we have company over.

On tonight’s menu was vegetable lasagna with tofu ricotta, kale, zucchini, and summer squash from our CSA, an organic mixed green salad (also from the CSA), and bruschetta using local tomatoes and sourdough bread from Ithaca Bakery. We also had a local semi-dry Riesling from Lamoreaux Landing Wine Cellars as recommended to us by the very knowledgeable staff at Sparrow’s Fine Wines in Ithaca. Dessert included lavender lemonade cupcakes (see previous post) and Ciao Bella‘s Blackberry Cabernet Sorbet.

The vegetable lasagna recipe is a regular favorite of ours. The recipe comes from You Won’t Believe It’s Vegan! – 200 Recipes for Simple and Delicious Animal-Free Cuisine by Lacey Sher and Gail Doherty (former owners of Down to Earth, New Jersey’s first organic vegan restaurant). Usually it is made with spinach and sweet potatoes, but we altered the recipe tonight to include veggies from our CSA this week. It is always a big hit with vegans and non-vegans alike! 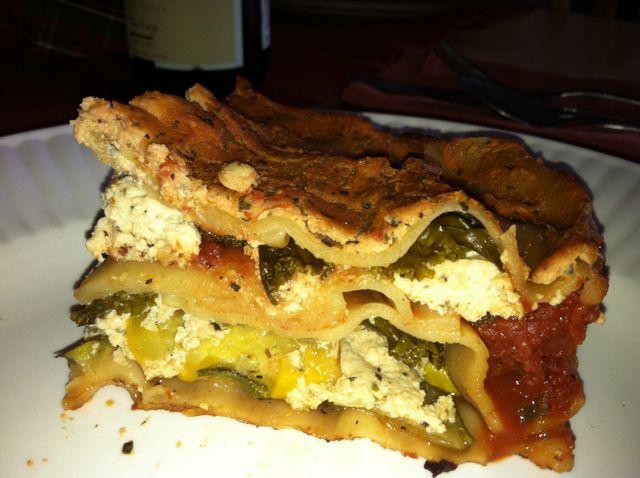 As usual, the lasagna gets a 5 out of 5 carrots on my veganlicious meter!

Mix all of these ingredients (except the bread) together in a bowl and let them refrigerate for about an hour. Cut slices of a sourdough baguette and spray one side of them with olive oil. Put them in a toaster oven or conventional oven on 350 degrees for 5 minutes or longer until they start to brown around the edges slightly. When done, plate them and scoop a tablespoon of the bruschetta mix onto each slice of bread. Serve immediately to prevent the bread from getting soggy. 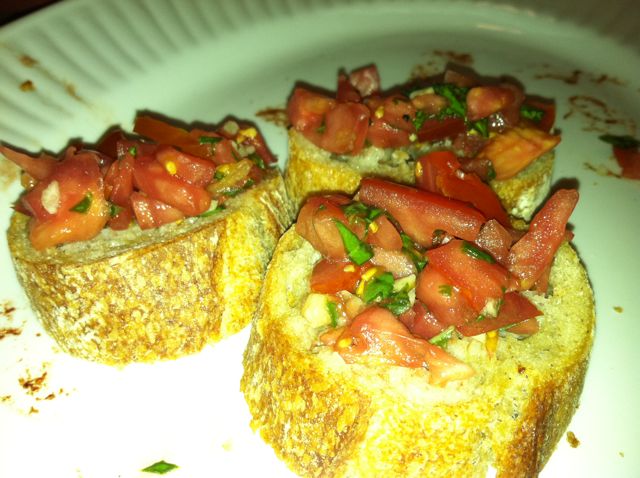