This is a guest blog post by Mr. Tuxedo Cat 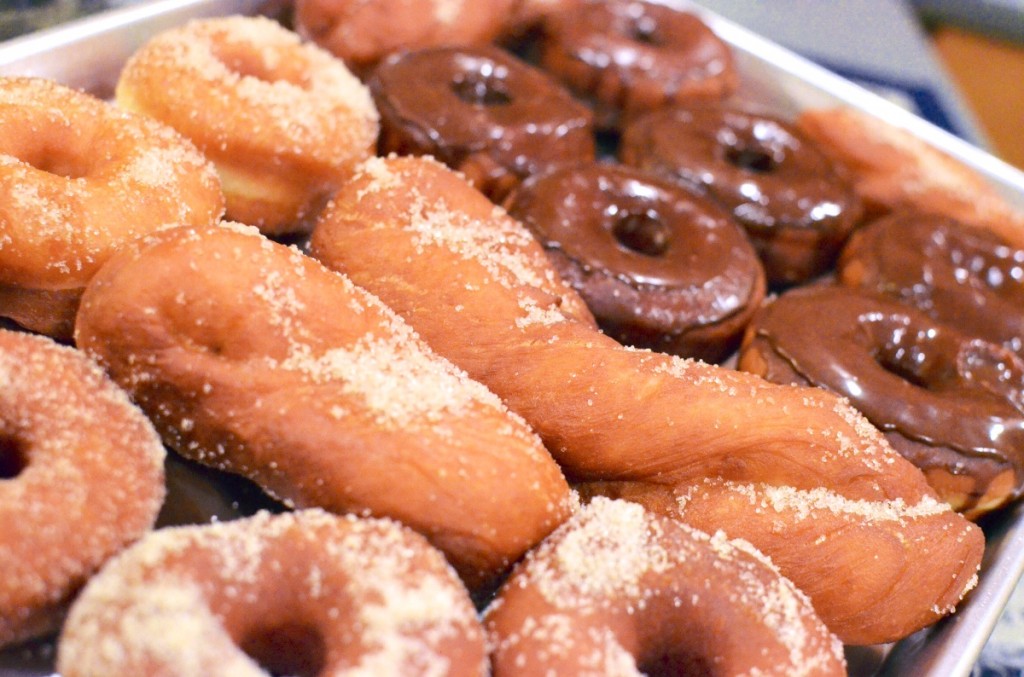 I love doughnuts. One of the great joys of my childhood was helping my mom pick out the dozen rings of fried goodness we were going to bring home to the family from Dunkin’ Donuts. In time I came to learn the pleasures of even higher quality, more artisanal doughnuts, including vegan ones at Voodoo, Pepples and Dun-Well (sorry Vegan Treats, Babycakes, Sweet Freedom and other purveyors of baked doughnuts; your stuff is generally great but a doughnut is meant to be fried).

Unfortunately, Ithaca, New York isn’t home to any vegan doughnut shops or even a Whole Foods (which actually makes pretty good ones). We were on our own. And while frying can be quite the hassle, my love for this toroidal confection made it worth the effort. For years I tried various recipes: the vegan yeast-raised in Lara Ferroni’s excellent book, vegan crullers and other doughnut varieties from bloggers all over the internet, and the chocolate-filled beignets from the outstanding Vedge cookbook.

Fried dough is always good, but none of these recipes produced the moist, chewy texture that a true doughnut should have. That all changed when my brother and sister-in-law, residents of Georgia and huge fans of Atlanta’s Sublime Doughnuts, gifted me a signed copy of Sublime owner Kamal Grant’s new book. Aside from some of the glazes, there isn’t anything vegan in this book. But for once I took a chance and tried to veganize a recipe on my own. Here’s the result:

Adapted from Homemade Doughnuts: Techniques and Recipes for Making Sublime Doughnuts in Your Home Kitchen by Kamal Grant

Everything here is measured by weight (mass, actually, but let’s not get pedantic). This is mostly because that’s how the original recipe was presented, but also because baking by weight produces much more consistent results. You don’t have to worry about how tightly you’re packing the flour or bother with different measuring cups and spoons. For stuff that gets mixed together you can just stick a bowl on the scale and re-tare it for each ingredient. Digital kitchen scales are not expensive and you’ll get a lot of use out of one.

That last point is something I’ll continue to work on as I tweak this recipe. Lecithin is supposed to help lock in moisture, which helps the doughnut survive longer. I want to play around with adding some of that to the dough. You should also let the doughnuts sit out uncovered, as they do in doughnut shops, especially if they’re still warm. Otherwise they’ll steam up a closed container and get soggy.

I also want to try my hand at cake doughnuts, often referred to as “old-fashioned”. A lot of people seem to think that cake doughnuts are baked, but they’re not. Like any real doughnut they are fried, but the batter is just of a more cake-like consistency. I’ve always preferred the yeast-raised doughnut, but variety is the spice of life. There’s always room in my stomach for a good cinnamon sugar cake doughnut.

There you have it. Let us know how well this recipe works out for you and please share the effect of any tweaks you make. 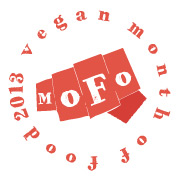 Being vegan can be a challenge for dessert lovers when traveling, at family functions, or birthday parties. It’s not very common that people are making cakes that happen to be vegan or that you can find vegan soft serve or doughnuts as easily as their non-vegan counterparts. However, once you step into the world of Vegan Treats that all fades away.

Vegan Treats is well known by many vegans in the Northeast. Their decadent desserts can be found in establishments and restaurants in the PA/NJ/NY area. If one gets the chance to make the pilgrimage to the storefront in Bethlehem, PA, it will be everything one can do to not buy everything in the place. There are adorable mini cakes, perfect for one person that make the sampling so much more fun and dangerous for your sweet tooth! They have many baked doughnut varieties and I swear their chocolate covered doughnut is reminiscent of Entenmann’s Rich Frosted Donuts. Ah, it brings back childhood memories!

Since finding vegan doughnuts is such a rare treat, I couldn’t stop with just the chocolate. I indulged myself with their cookies and cream filled doughnut and a sugar vanilla doughnut (not sure of the proper name, as I just kept pointing to what looked good when I ordered)! 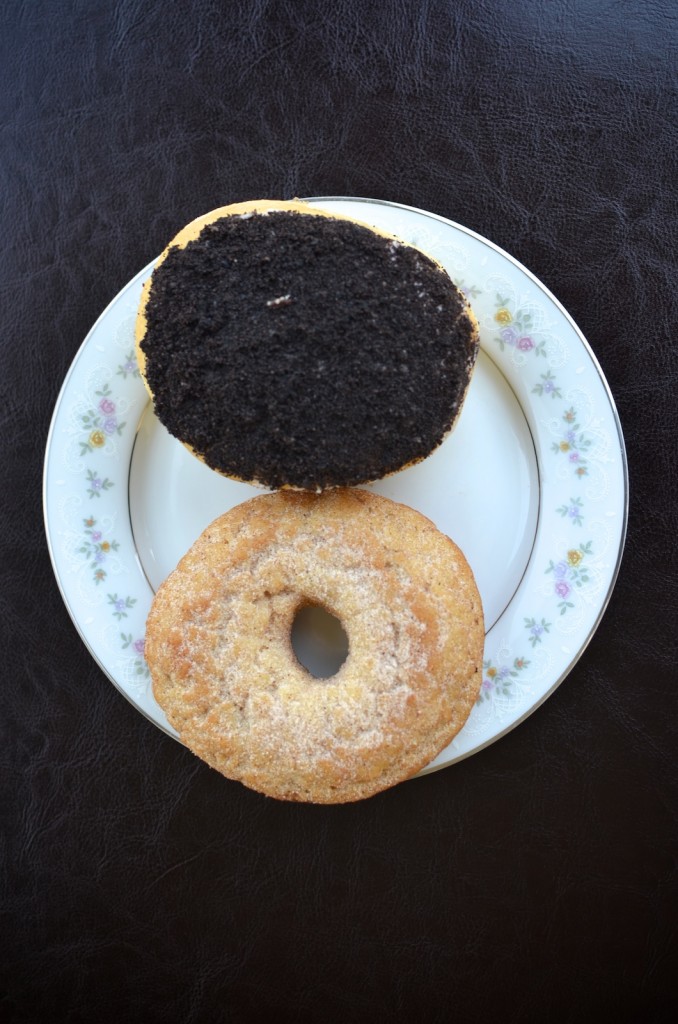 I’m also in love with their soy-based vegan soft serve. They have two varieties at a time which allows you to indulge in a twist, if that’s your thing. One of the highlights of my most recent trip was their chocolate and cake batter twist. There was a slight salty flavor to the cake batter, which made it a perfect complement to the chocolate.

Since we were on our way to a family birthday party, I had to bring a cake to share. Just looking at their Peanut Butter Tandy cake (a throwback to Tastykake’s Kandy/Tandy Cakes), I knew I had to have it. It was described by my relatives as a cake unlike any other they’ve ever had. It was easily one of the best cakes I have ever eaten, probably in part, because of my own love of Tandy Kakes growing up. The layering of chocolate cake, peanut butter, and everything in between made it heavenly.

Our trip to Vegan Treats was topped off with a most pleasant surprise. We were asked at checkout if we wanted to fill out a short survey from VegNews Magazine, with Vegan Treats as a contender to win Best Vegan Bakery. As a lover of VegNews and food-related surveys, I agreed to take it. To thank me at the end, they gave me this rare chocolate dipped Speculoos filled cookie. For those who aren’t familiar with Speculoos, it’s a yummy, European based spiced shortbread biscuit, made even more popular by their spreads. On a family vacation last year to France, I had the pleasure of finally trying this amazing, already vegan delight! Highly recommended. 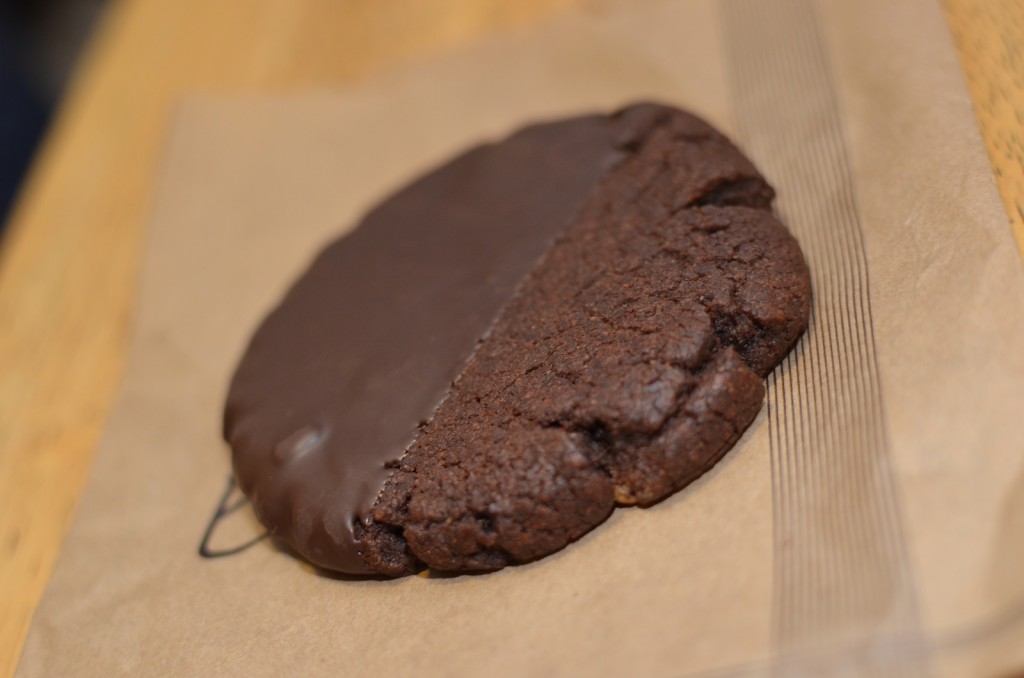 Ah, Vegan Treats, you had me at Speculoos! I am eagerly awaiting my next trip to your chocolate-peanut butter filled arms.

If you are ever anywhere within a 2-3 hour radius of Bethlehem, PA, do not stop, do not collect $200, go directly to Vegan Treats.

Vegan Treats gets the highest ranking on my veganlicious scale, 5 out of 5 carrots!