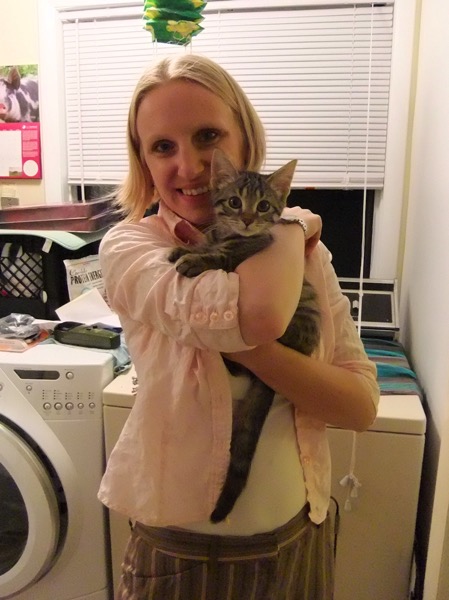 On Tuesday, January 27, 2015 our sweet Takei lost his fight against cancer.

After a failed and traumatizing attempt to feed him his daily dose of chemotherapy on Monday, his decline accelerated. His breathing, ever more labored, showed us he was truly suffering. By Tuesday he had also begun expressing his pain with despondent meows. It was obvious he wouldn’t survive. That evening we made the difficult decision to euthanize him.

Like most cats infected with feline leukemia, his life was short. But we nearly didn’t adopt him at all (we were already caring for three cats), which would have almost assuredly resulted in his destruction at the shelter. And for a cat with the disease, his three and a half years with us is on the upper end of most expected FeLV+ life spans. So while we mourn his loss, we’re also thankful to have had the time with him that we did.

All cats—all animals—have personalities, but in our house Takei’s was particularly outsized. The playfulness you see from his kitten years stayed with him up until the last week of his life.

Of the seven cats we’ve cared for over the years he’s one of only two who have enjoyed playing fetch (the other was Gatsby).

For two years Takei was easily the most energetic cat we had. None of the other cats could really keep up with him and we felt bad that he didn’t have a proper playmate. That changed in the summer of 2013 when we adopted Mac. Takei finally had a buddy who could play as hard as he did and they became inseparable friends.

Takei was exceptionally vocal in our household. Like many cats he meowed proudly before delivering us a toy he had “caught”. He was a persistent nighttime howler. He had favorite toys and would cry for help if they were out of reach. 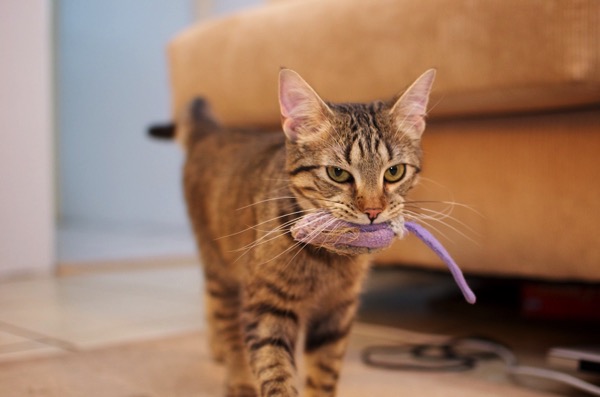 Cats are known for hiding their illnesses until the bitter end, but even so Takei was remarkably resilient. Towards his last days he was still precariously balancing himself on handrails. While Takei’s appetite was weakened it was notably stronger than Pilgrim’s when he was undergoing chemotherapy (Pilgrim ultimately needed an appetite stimulant). He had stopped being particularly playful in his last week but still maintained his lifelong feeding time aggression, biting and swatting at Julia as we prepared food for them. 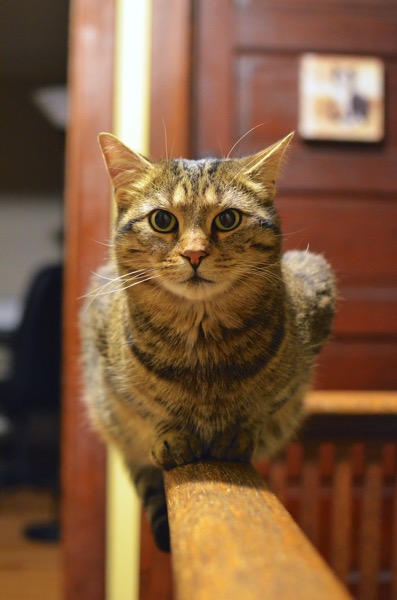 It hasn’t been easy saying goodbye, but he was an amazing cat whose presence around the house will never be forgotten.